DC Water is performing upgrades to the Soldiers’ Home Reservoir, which is located at the intersection of Arnold Drive and Pershing Drive, NW on the grounds of the Armed Forces Retirement Home (AFRH). The reservoir is an underground, reinforced concrete, potable water storage facility. The reservoir was originally constructed in 1939 and is buried under the fairways of the second and third hole of the US Solders & Airmen’s Home Golf Course. When full, the reservoir has a capacity of approximately 15 million gallons.

The upgrades include the following:

DC Water is coordinating with the AFRH and has obtained approvals from the Advisory Council on Historic Preservation, Commission of Fine Arts, DC Historic Preservation Office, and National Capital Planning Commission. The DC Department of Energy and Environment has approved the plans for soil erosion and sediment control. DC Water will be meeting with the Advisory Neighborhood Commission prior to construction. 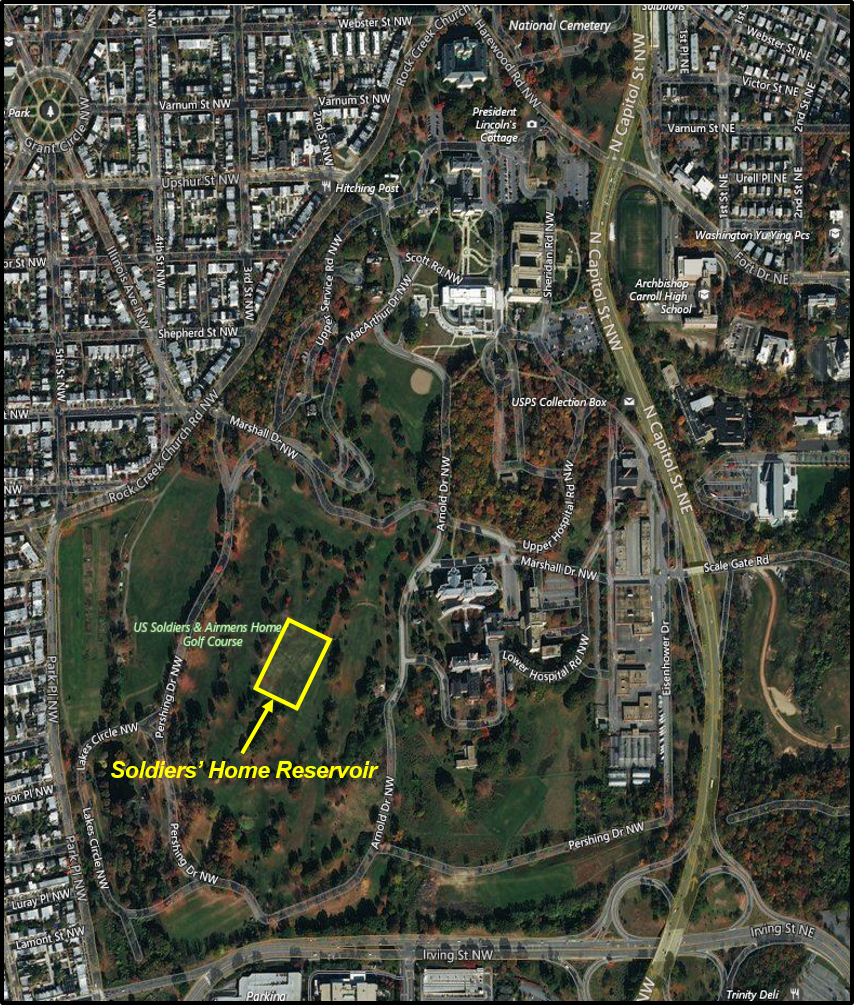