Home What’s Going On Blog Smelly and Thirsty: Imagining a Day Without Water

Smelly and Thirsty: Imagining a Day Without Water 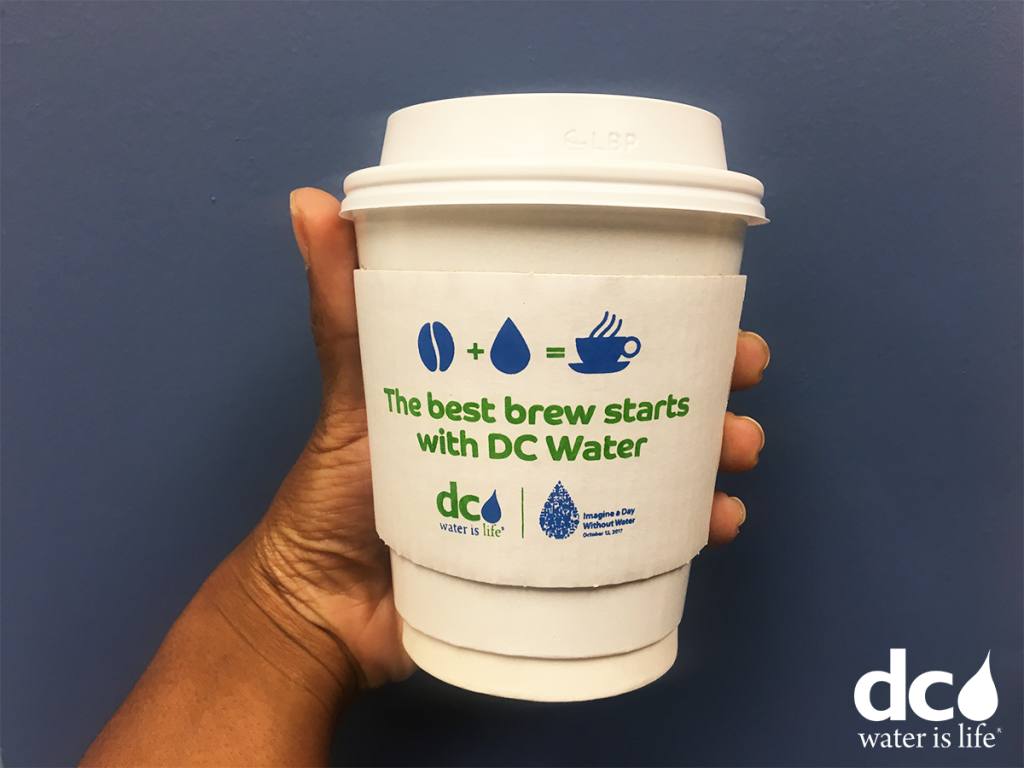 DC residents use about 100 gallons of water each day. Now, imagine just one day without any water.

Suppose you’re part of the population that doesn’t rely on caffeinated beverages to gather the strength to leave your cozy bed. Yoga postures, fresh air, and the endorphins from a light jog get you ready to take on the day. Namaste!

Suppose you survive the morning commute, breathing through your mouth as the train fills with noxious clouds of halitosis and body odor. Suppose you get to your office, trot up three flights of stairs, sit at your desk and start your computer, without even breaking a sweat.

Now suppose your computer short-circuits, catches fire, and flames quickly consume your cubicle and engulf the entire floor. H2-Oh no! What now?

Water is much more than just the fascinating substance essential to organic life. From flushing toilets and brewing coffee, to maintaining dialysis machines and cooling computer mainframes, water is critical to sustaining modern life as we know it.

Can you imagine a day without coffee? What about beer?

Last week, DC Water joined elected officials, water utilities, community leaders, and businesses to take part in the national event Imagine a Day Without Water  organized by the Value of Water Campaign to encourage residents and students to contemplate the value of life’s most critical resource and its role in our day-to-day lives. 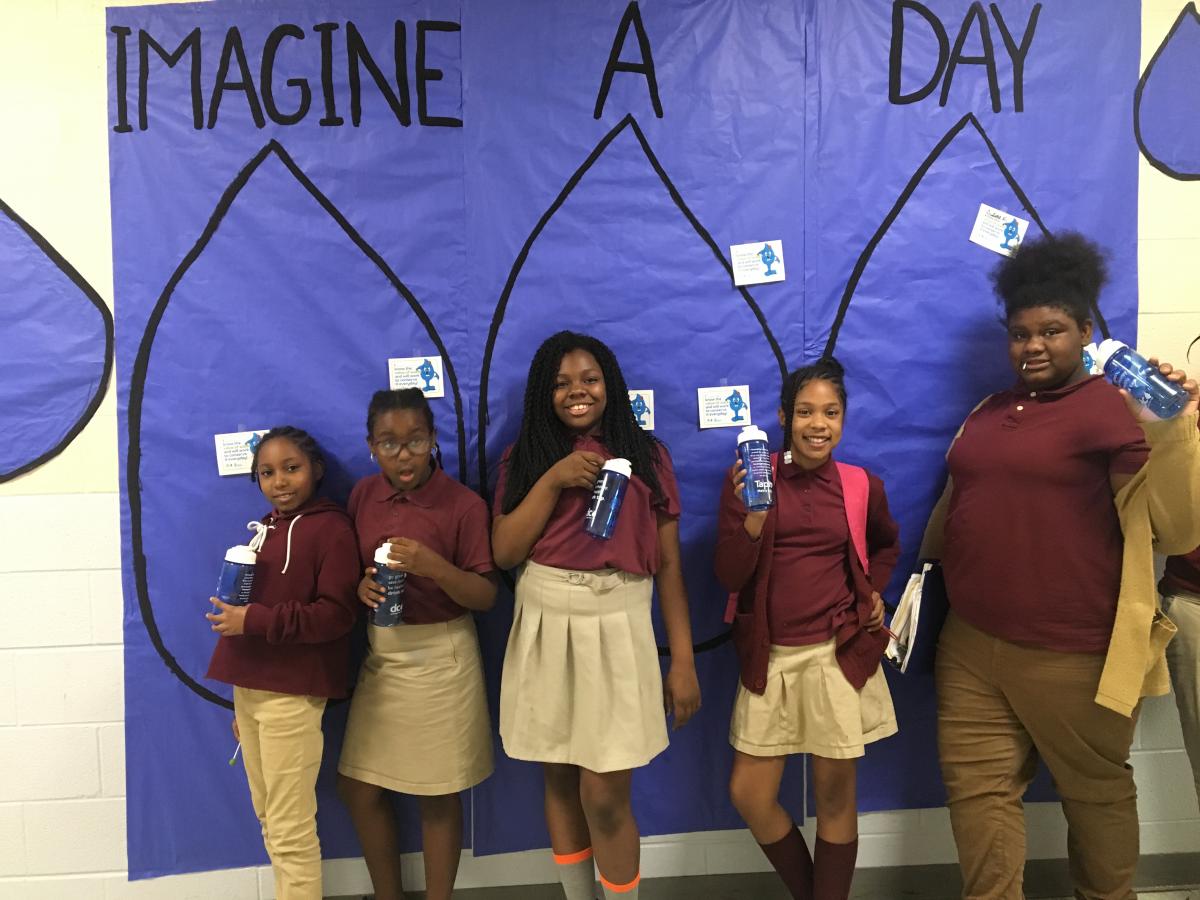 Our first stop was Kelly Miller Middle School where we joined K-8 students for activities, lessons, and games that explore the exciting world of water and the importance of water conservation. Students created videos highlighting what clean, reliable water means to them, and competed to produce the most creative content. The day culminated with a school wide assembly to announce the winning grade level. Check out all the submissions and the winners here.

On the morning of October 12, Wendy the Water Drop and Team Blue greeted commuters outside of the Dupont Metro Station with interactive games, valuable information, useful giveaways, and –most importantly– a coffee sleeve for a FREE cup of coffee provided by Glen’s Garden Market (2001 S St NW).

Commuters filled up water bottles with clean, fresh drinking water, and highlighted the many ways in which they use water every day. Many use the free TapIt Metro DC smartphone app, which helps them find locations to refill their reusable water bottles when they're on the go! 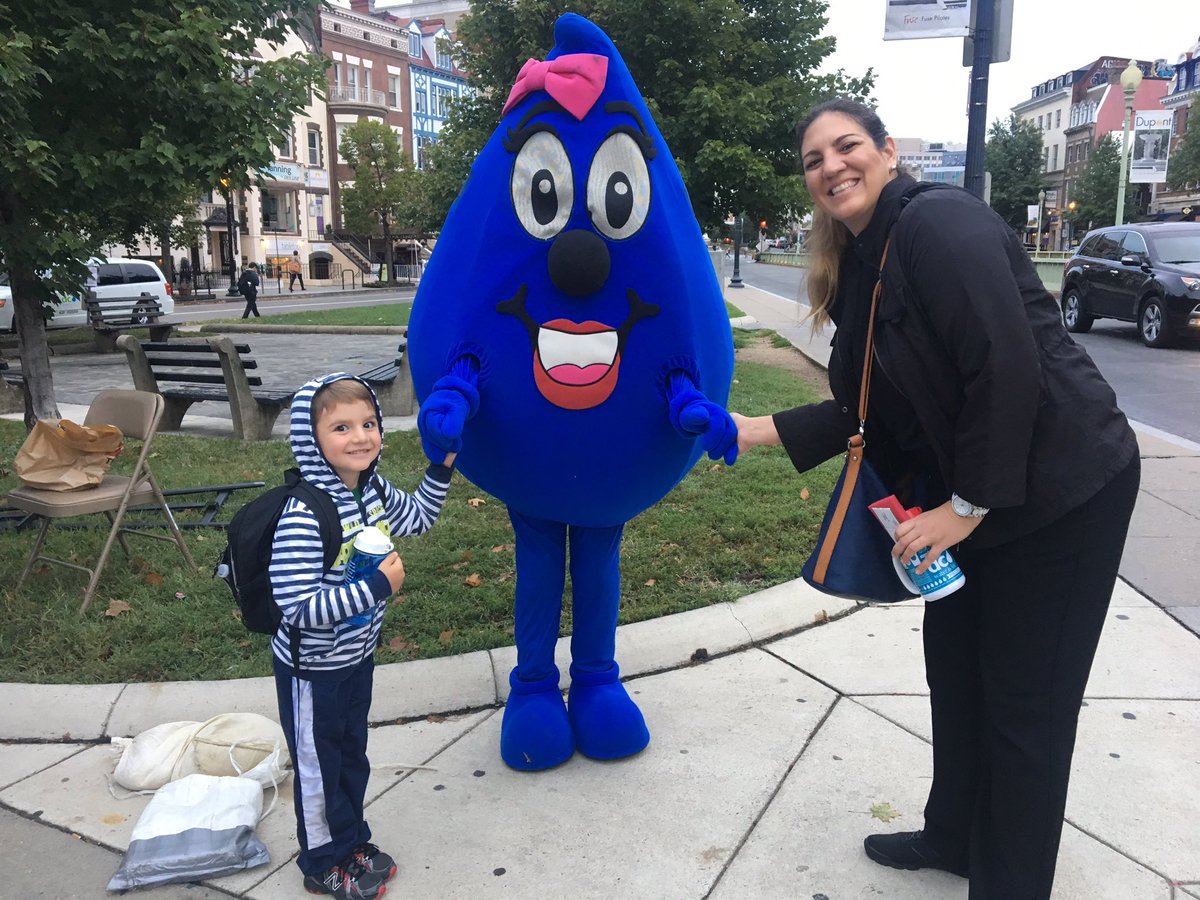 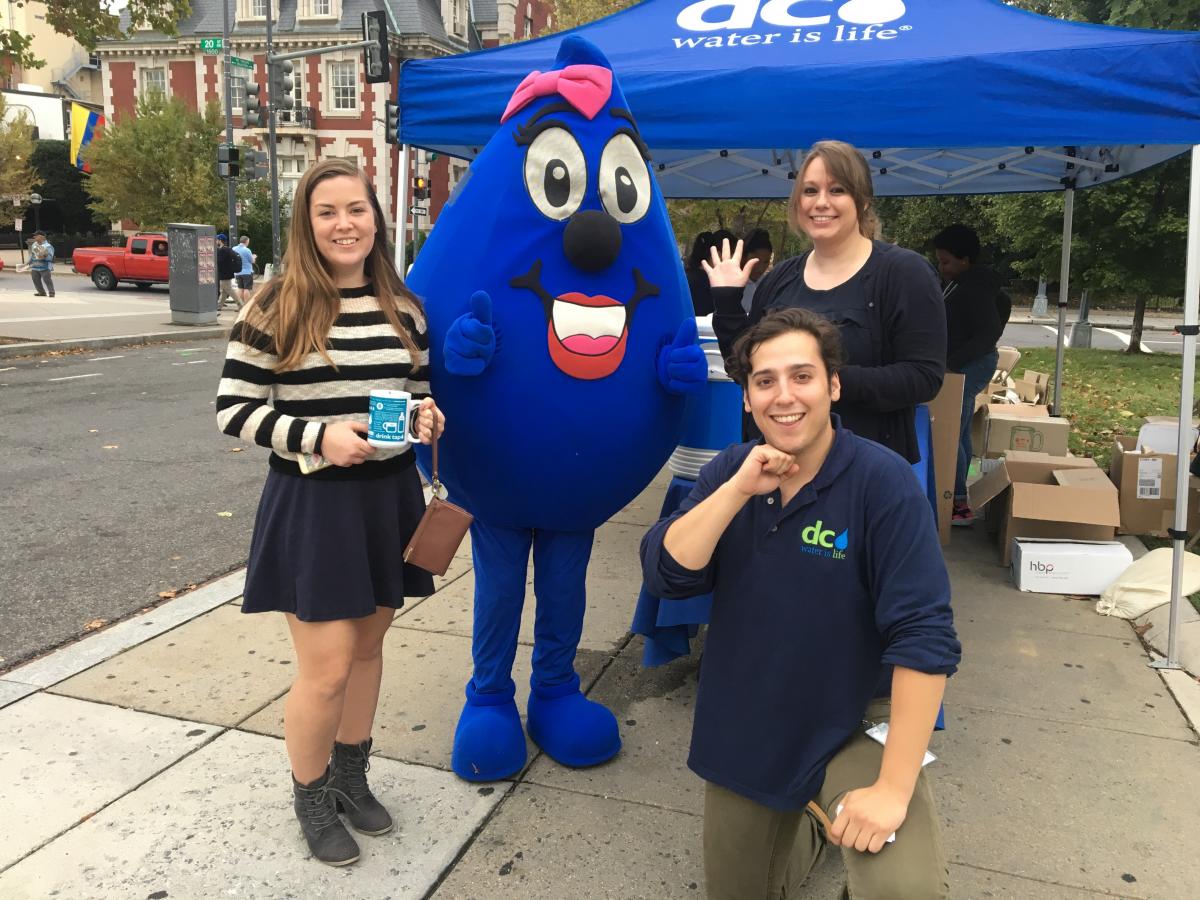 Similar activities were held across the country. Radhika Fox, CEO of the US Water Alliance and Director of the Value of Water described the event as “a national day of action that educates our neighbors and public officials about the essential role water plays in all of our lives, and the threat that aging and underfunded water infrastructure poses to our communities and economy.

“It is easy to take our water infrastructure for granted because it is often underground and out of sight. But, the systems that deliver water to and from our homes and businesses require reinvestment and upkeep just like roads and bridges. It is time to take action before we face a crisis.”

Our water infrastructure is aging and has gone underfunded for decades. Drought, flooding, and climate change are also stressing our water and wastewater systems. A single nationwide day without water service would put $43.5 billion of economic activity at risk. In just eight days, a national water service stoppage would put nearly 2 million jobs in jeopardy.

While many of these challenges are region-specific and will require locally-driven solutions, reinvestment in our water must be a national priority. Imagine a Day Without Water tells the stories of the challenges we face when our water infrastructure fails, but also of the innovative solutions being implemented in communities nationwide.

Despite the vast challenges facing American water infrastructure, the good news is that there is great opportunity in investment. A study conducted by the Value of Water Campaign has found that there is over $220 billion in economic activity to be gained nationwide by closing the water infrastructure investment gap. The American public is already widely supportive of implementing these needed investments. Above any other pressing political issue, Americans name rebuilding our nation’s infrastructure as the issue they most want our elected officials to address.

In the District, our ratepayers currently foot the bill for the vast majority of the improvements we are making to our water and wastewater systems, which incidentally, were installed by the federal government a long time ago. Making better water infrastructure a national priority would ease some of the burden on our customers, and benefit everyone who relies on this precious resource every day. We can’t really imagine a day without water, and if we face these challenges head on, we won’t suffer through one.