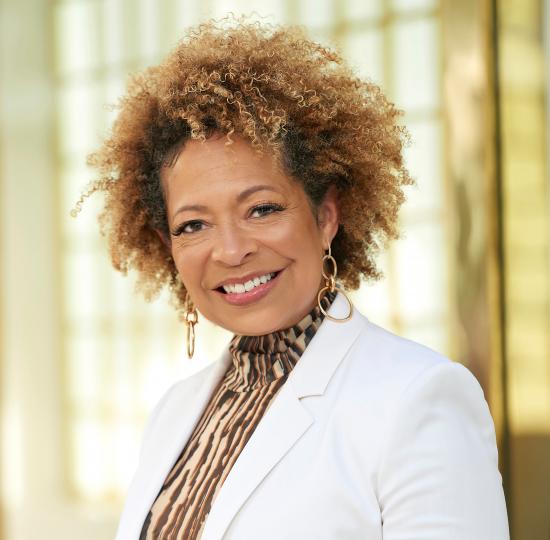 By the age of six, Deryl was drafting architectural drawings under her father’s tutelage. After graduating from Howard University with a B.S. in civil engineering, she worked at Turner Construction and Dames & Moore. While at these firms, she honed her experience in field work, business development and construction management.

In 1990, with a shoestring budget of $1,000 and a business plan she wrote herself, Deryl started McKissack & McKissack. Today, Engineering News-Record magazine ranks the firm in two of its most significant national lists: 100 Top Construction Management For-Fee Firms and 50 Top Program Management Firms. The Washington Business Journal has also named McKissack one of the top 25 design firms in the metropolitan Washington area.

McKissack has managed landmark projects that include the Museum of African American History and Culture, the Lincoln and Jefferson Memorials, the Obama Presidential Center and the Navy Pier Centennial Projects in Chicago.

The firm is also designing additions to the George H.W. Bush Presidential Library & Museum and led construction and served as the architect of record for the Martin Luther King, Jr. Memorial in Washington, DC.

Most recently, McKissack received Inc. magazine’s 2020 Best in Business Award for its workforce diversity plan. Personally, the National Academy of Construction elected Deryl to its class of 2020, calling her “a visionary leader and entrepreneur with significant contributions in architecture, engineering, construction, and program management and a mentor to the next generation of industry leaders.”

McKissack recently marked 30 years in the AEC industry with a webcast featuring David Rubenstein, co-founder of The Carlyle Group hedge fund, and presentations to the Executives’ Club of Chicago, the National Arts Council and other groups. McKissack’s initiatives also were recognized in Strategy+Business, published by the PwC consulting firm, Aviation Business, Construction Dive, Engineering News-Record and other business and AEC industry publications.

In 2020, she developed a seven-point plan to combat racism and discrimination in the AEC industry and is currently asking major firms to embrace her platform to change the equation in AEC. Contact her at Deryl.McKissack@mckinc.com