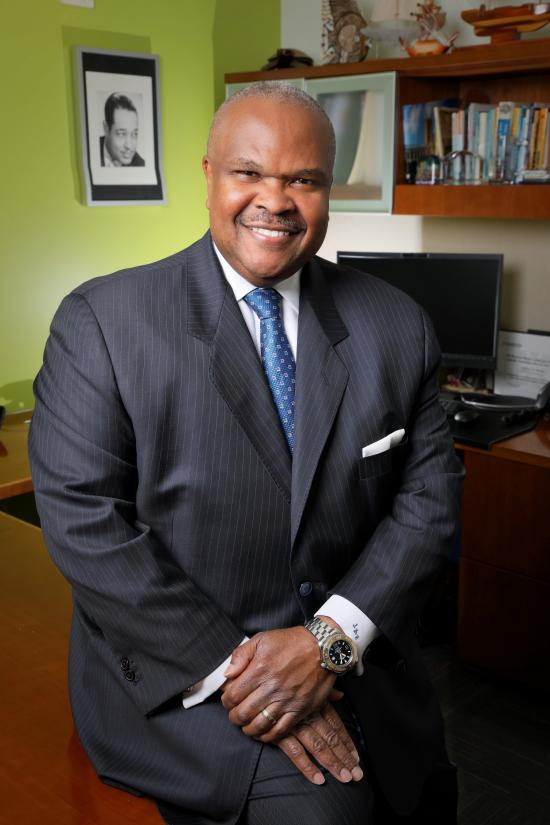 For the past 30 years, Jeffrey A. Banks has been providing smart banking solutions for his clients in the National Capital Region. His focus has been on local and national firms, municipalities, professional service providers and non-profits including the faith-based community. Jeff is the Vice President for Commercial Services for United Bank, a locally based $29 Billion Community Bank with offices in eight states and the District of Columbia.

Jeff hails from Cincinnati, Ohio and was recruited to relocate to Washington, DC in 1988 to work at a local bank.

Jeffrey was appointed by Mayor Muriel Bowser to the DC Financial Literacy Council where he currently serves as Board Chair. He is the Co-Chair of the Office of State Superintendent of School’s DC Career Academy Network to provide pathways for DC High School Students to enter the financial services industries. He is the Finance Committee Chair for the Association for the Study of African American Life and History, a 105-year old national organization founded by Dr. Carter G. Woodson, The Father of Black History Month. He is a member of the Board of Trustees for Mosaic Theatre in Washington DC. Jeffrey sits on many other boards including the DC Children’s Trust to prevent child abuse, Theatre Washington, and the Metropolitan Washington Bankers Group’s Executive Council. He has previously served on the Board of Trustees for the Potomac School in McLean, Virginia, WPFW Community Radio Station and the Woolly Mammoth Theatre. Jeffrey Banks has taught financial literacy classes in many public schools and to over 700 returning citizens or ex-offenders at Goodwill of Greater Washington. He has received many awards for community service from diverse groups like, The American Bankers Association, The Urban League, The Collective Empowerment Group and Cease Fire.

Jeffrey Banks has a Bachelor of Science Degree in Business from the University of Cincinnati. He is a member of Leadership Greater Washington’s Class of 2014. He is married to Stacie Lee Banks and they reside in Washington DC. He has two adult daughters, Jasmine Banks-Westbrook and Samarah Banks and four grandchildren.