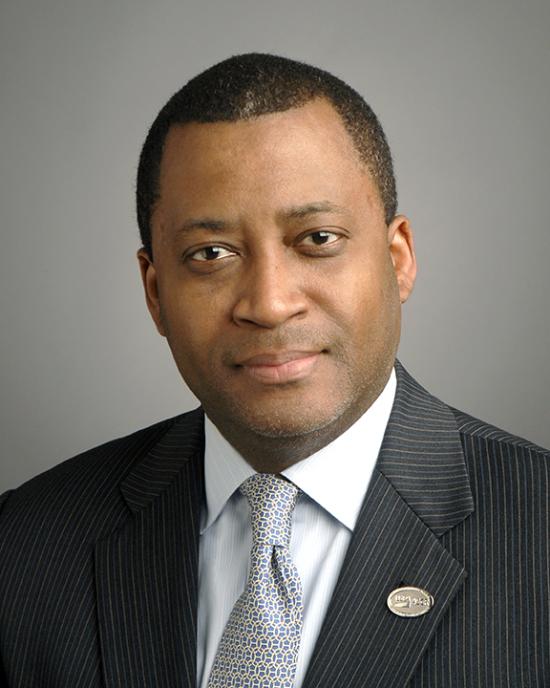 Joe Leonard, Jr. serves as Director of the Howard University Community Association.  Leonard previously served as the Chief of Staff to the Senior Advisor (Beverly Perry) for the Mayor of Washington, DC.  Leonard also served as Assistant Secretary for Civil Rights at the United States Department of Agriculture (USDA) where he was nominated by President Barack Obama and confirmed by the US Senate on April 2, 2009.

Under Leonard’s Leadership, USDA was able to accomplish several historic accomplishments. To address long standing allegations of past discrimination, Leonard spearheaded an effort to settle large standing class action lawsuits with Native American and African-American farmers and ranchers and established a voluntary claims process for women and Hispanic farmers and ranchers, which provided payments of more than 2.5 billion combined and over 118 million dollars in debt forgiveness. Notably, during Dr. Leonard’s tenure, there has been an increase in civil rights trainings within USDA nationwide, and a 50% decrease in farmer complaints nationwide.

Before joining USDA, Leonard served as Executive Director of the Congressional Black Caucus (CBC). While at the CBC, Leonard managed the daily activities of the Caucus and helped guide the legislative policy for its 43 congressional members.  Prior to his role at the CBC, Leonard served as Executive Director of the Black Leadership Forum, an umbrella organization of 32 member groups that together work to develop and implement public polices for African-Americans in urban and rural America.

He also served for five years as the Washington, DC bureau Chief of the Rainbow/PUSH Coalition and Director of the Arthur Fleming Institute of the Center for Policy Alternatives.

Leonard is a native of Texas, He holds a Ph.D. in American history with a specialization in civil rights history from Howard University, Washington, DC; an MA degree from Southern University, Baton Rouge, LA; and a BA degree from Huston-Tillotson University in Austin, TX. Leonard and his wife, Dr. Natasha Cole-Leonard are proud parents of 17-year-old son, Cole.