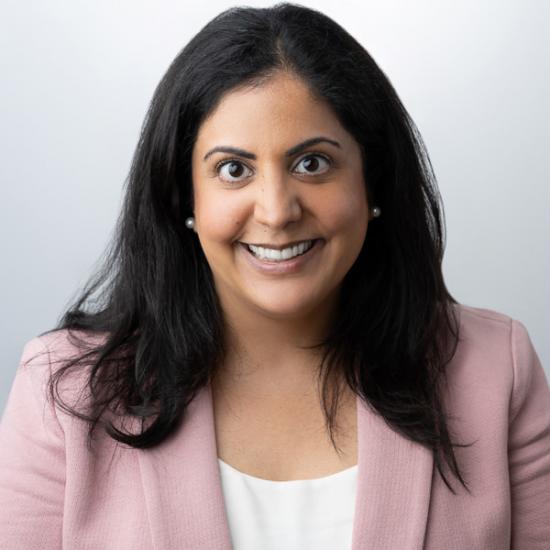 Rachna Butani is the Director of HRGM Corporation, a general contractor specializing in commercial construction services for federal, state, and local government agencies.  Rachna joined the firm in 2001 and oversees all daily operations, including client relationships.

Rachna has managed the construction of over 2000 municipal projects in the DC Metropolitan area including Northern Virginia and Maryland.  Under her stewardship, HRGM has twice been named to INC Magazine’s Inner City 100 as one of America’s fastest growing inner-city companies.  In addition, the company has received several awards from the Association of General Contractors (AGC), Washington Building Congress, Sika Sarnafil, and Ernst & Young LLP.

Rachna has served on several boards which foster the growth and career development of professional women and minorities, as well as school boards and other public service boards.  Rachna has served as a Principal Board Member for DC Water since 2012 and was appointed by two Mayors.  Rachna is a LEED Accredited Professional and earned her Bachelor’s Degree in Finance and Accounting from Georgetown University and her Masters of Business Administration from The Wharton School in Philadelphia, PA.