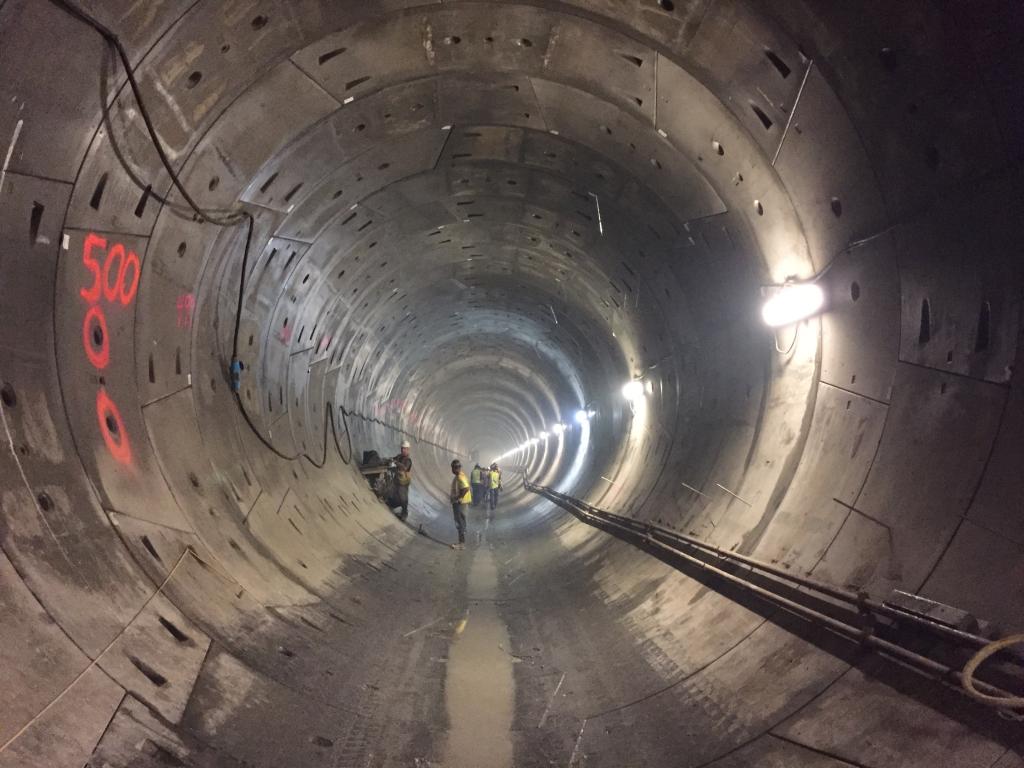 Following two and a half years of construction, the First Street Tunnel Project was completed in October 2016. DC Water wishes to recognize the citizens of Bloomingdale and LeDroit Park, including the Tunnel Forum members, ANC Commissioners, Councilmember McDuffie and project’s direct abutters, since without their understanding and cooperation this important flood mitigation project would not have been built. DC Water would also like to thank Mayor Bowser, former Mayor Gray and the many District agencies who have helped implement this historic project on an unprecedented short timeline and made it an overall success.

The First Street Tunnel project is a major component of the Clean Rivers Project, designed to mitigate sewer flooding and basement backups in the District’s historic and densely populated Bloomingdale neighborhood. Bloomingdale and its surrounding neighborhoods have been historically affected by sewer flooding and were severely impacted by four storms in the summer of 2012 that caused significant damage to homes, the environment and public property. As a result, DC Water and the District accelerated the design and construction of the First Street Tunnel in order to mitigate the effect storms have on the undersized sewers serving the neighborhood. The infrastructure designed to mitigate flooding, including the tunnel, are located within the highly urbanized neighborhood – with some structures being less than ten feet from residents front door steps. The success of this extraordinary public works project in its unique location can be attributed to a well informed and supportive public. Early identification of community mitigation, working cooperatively with stakeholders and frequent dissemination of accurate information established a culture of problem solving collaboration with the community.

Between now and 2023, the First Street Tunnel will act as a large underground storage tank and, in conjunction with the other flood relief facilities constructed in Bloomingdale, the probability of flooding in any given year will be reduced from 50 to 15 percent.

Mayor Muriel Bowser joined General Manger George Hawkins to unveil Lucy prior to mining the First Street Tunnel. Check out the video of Lucy below, before she completed her historic journey down First Street NW!