Home Resources Environment Protecting our Waterways Investments in Infrastructure are Investments in our Future
Alerts
EMERGENCY WATER OUTAGE
Read more >
EMERGENCY WATER OUTAGE
On Montana Ave NE bet 17th St NE & Bladensburg Rd NERead more >
See all Workzone Alerts Sign up for DC Water Alerts
We are experiencing high call volumes due to several water main breaks throughout the city. Crews are responding to make repairs as quickly as possible. We apologize for the inconvenience. Please sign up for DC Water Alerts to be notified when there is an outage in your neighborhood. Signup for Alerts 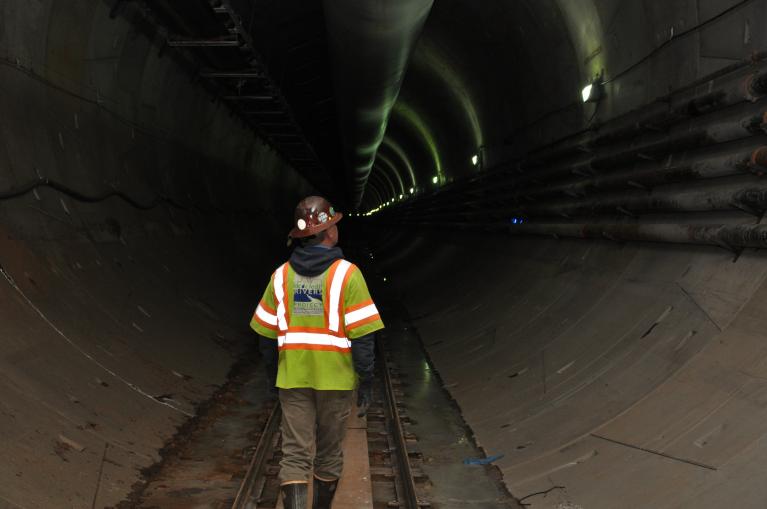 When it rains heavily in areas served by a combined sewer system, the stormwater and wastewater flow through the same pipe. Some of the pipes aren't big enough to handle the flows of very large rainstorms. Rather than have sewage back up into homes and streets, the combined sewer system sends the overflow water to the local waterways. The result is called a combined sewer overflow, or CSO.

To improve the health of our waterways, DC Water has implemented a large-scale, long-term plan to reduce CSOs in local waterways-our Clean Rivers Project. We will separate the sewer pipes, eliminate several CSO outfalls, build storage tunnels and install green infrastructure. Together, these efforts will significantly improve water quality in the District’s waterways.

By the year 2025, we expect to reduce CSOs in the Potomac and Anacostia rivers and Rock Creek by 96% overall. CSOs in the Anacostia will be reduced by 98%.