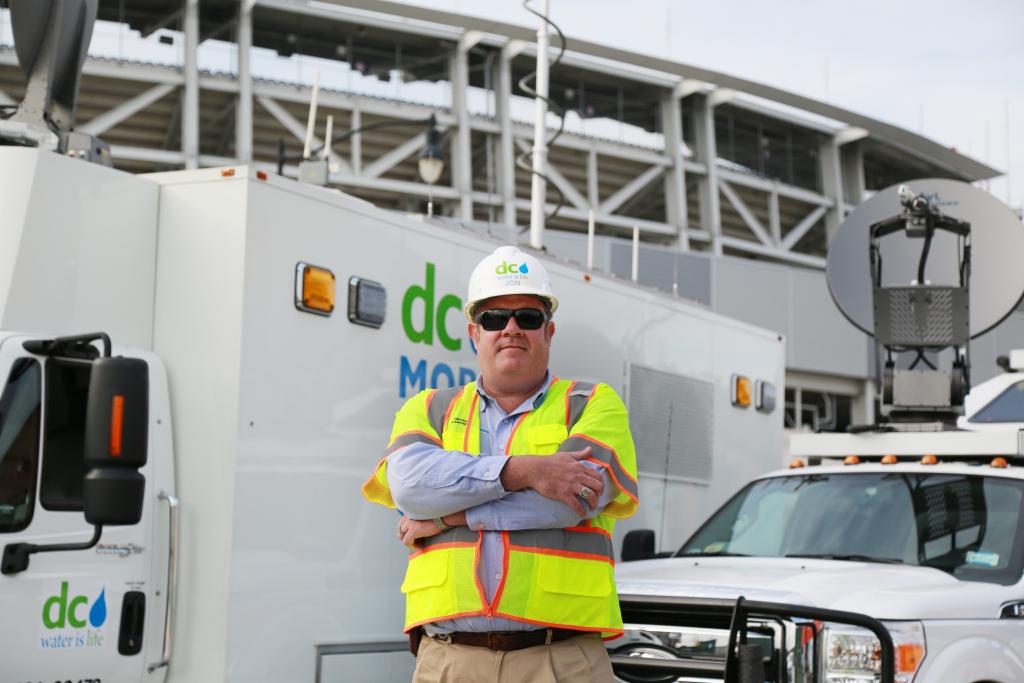 I recall reading about how General Eisenhower paced back and forth, smoking cigarettes and unable to sleep, as the allied armies landed in France on D-Day. Responding to a historic snow storm is certainly minor compared to epic warfare, but I have a sense of the feeling. 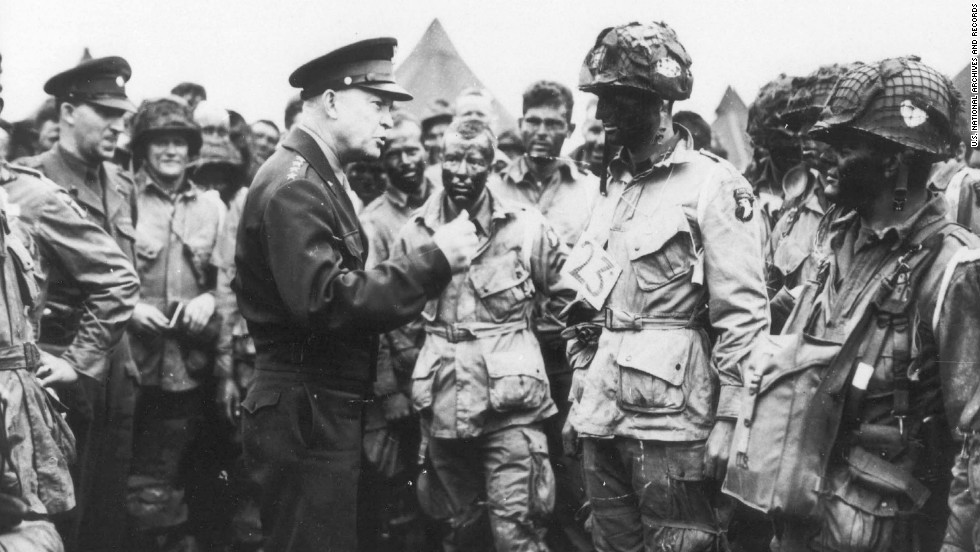 The storm now called “Snowzilla” had arrived in the mid-Atlantic in January 2016. DC Water had all the necessary plans, preparations were in place, and now the team was executing. I was relegated to pacing back and forth in my office and then at home, joining the emergency coordination calls – listening and rarely talking. My part in the response was mostly over. I was and am very proud of my team, but a little sad too. 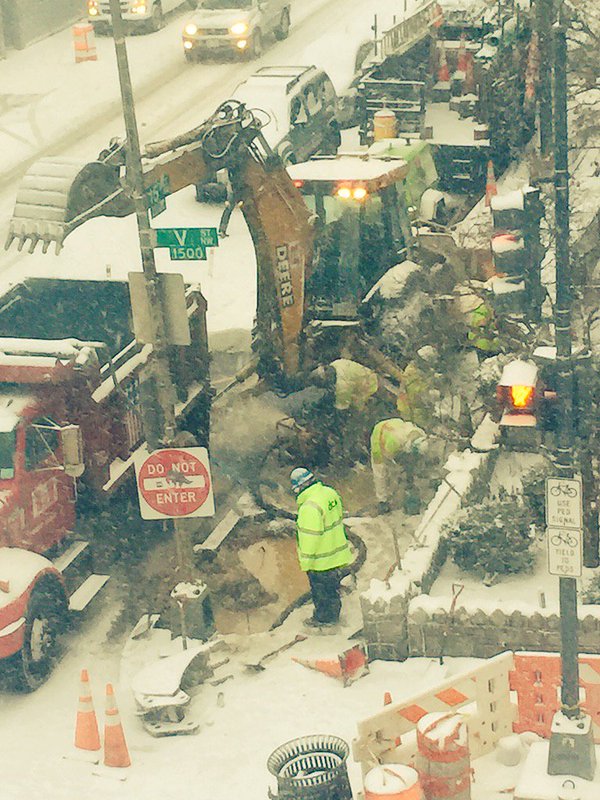 Sad because while I never seek out an emergency, earlier in my tenure when I was more involved with the response, I actually enjoyed the excitement and adrenaline rush of being in the center of the action. I can vividly remember convening the leadership team in my conference room and running an emergency response action from there. I think that was the winter of 2009-10.

Today, we have a smoothly functioning emergency management team, a thorough plan and a system that rarely depends on me to function. My role is to make the decision to declare an emergency, activate the Incident Management Team (although that can be done by others if I am not accessible for any reason), and occasionally interact with senior leadership of the District, suburbs or other utility executives. For the most part, though, I am a spectator.

Which is exactly as it should be. Any organization of the size and scope of DC Water that relies on its CEO to manage an emergency response is in serious trouble. The emergency response program at DC Water is world-class in my view – and we have built it piece by piece over the last 7 years. Let me explain.

To start – let me go back to another statement attributed to Eisenhower, which is something along the lines of, “When the battle starts, plans mean nothing, planning means everything.” I have a sense what that means too. When Snowzilla arrives, or any of the emergencies that beset an urban water agency with old pipes (water main bursts, sewer back-ups, sinkholes, power failures, equipment failures, flooding etc.), no one really has the time to consult the plan. Action is demanded in response to an emergency. Then the unexpected hits – something that no matter how much you plan, you could not foresee.

For us that could mean streets blocked, utilities found in excavations that are not on the plans, pipes that are not the design or location as indicated on our maps, equipment or vehicle mishaps, security needs that hamper access – the list is long. Most of the unexpected events relate to the equipment itself. With the  median age of awater main at 79 years, and frequently older for the pipes that break – we are relying on records and maps that were first made with pen and paper, if at all. We are often surprised by what we actually find when we open the street.

Yet the planning that goes in to creating the plan is absolutely critical. Make no mistake: even if you never use the plan in the heat of action, we MUST prepare the plan. It is in the preparing of the plan that the relationships, inventory, systems and reporting structures are created that are used in action. This is almost like practicing a free throw in basketball. The concept is to have muscle memory that kicks in to make the shot, built by planning, fundamentals and practice. That is the same for emergency management – our organizations need muscle memory that kicks in for the real thing, developed during the many hours or planning and practicing that came before. 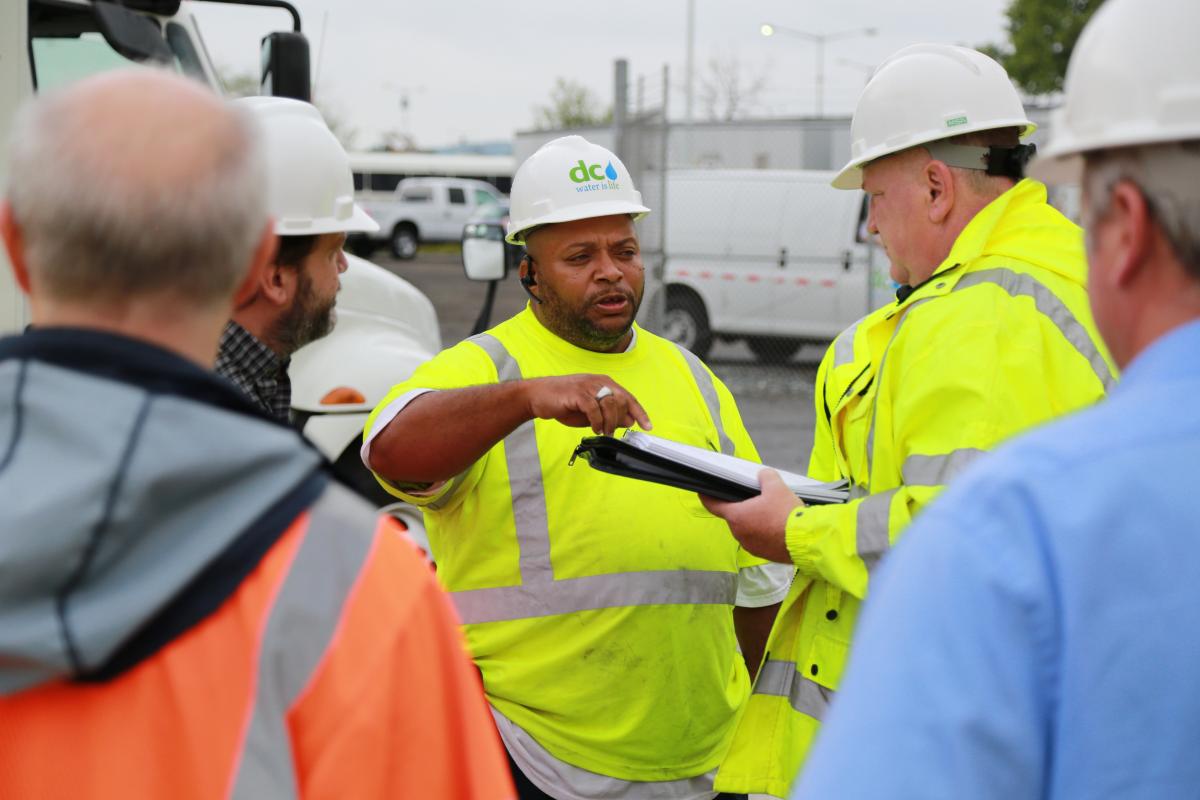 My first step in building DC Water’s emergency response team actually begins with me.  In my view, a focus on emergency preparedness, similar to a focus on health and safety or security, must be a priority established at the top.  Of course, support from the chief executive is only a start – and by itself does not accomplish much.  But the enterprise must know from the top-down that emergency response is a top priority – so that the building of the program from the bottom-up gains the organizational and financial support it needs.

My second step is almost always the same after I have determined my own role on an issue. I either hire or appoint the right people. Nothing good happens in our enterprises unless we have good people to do the work. In this case, I hit pay dirt.

Meet Jonathan Reeves – our Chief of Emergency Planning and Response and one of the first people that joined DC Water after I arrived. Jonathan is hard to miss – he is larger than life (I would guess 6 foot 5), with a booming voice and laugh, a profound commitment to helping people and organizations prepare and then respond to emergencies, and he has tremendous drive and a good sense of humor. I am not sure which of these traits is more important. 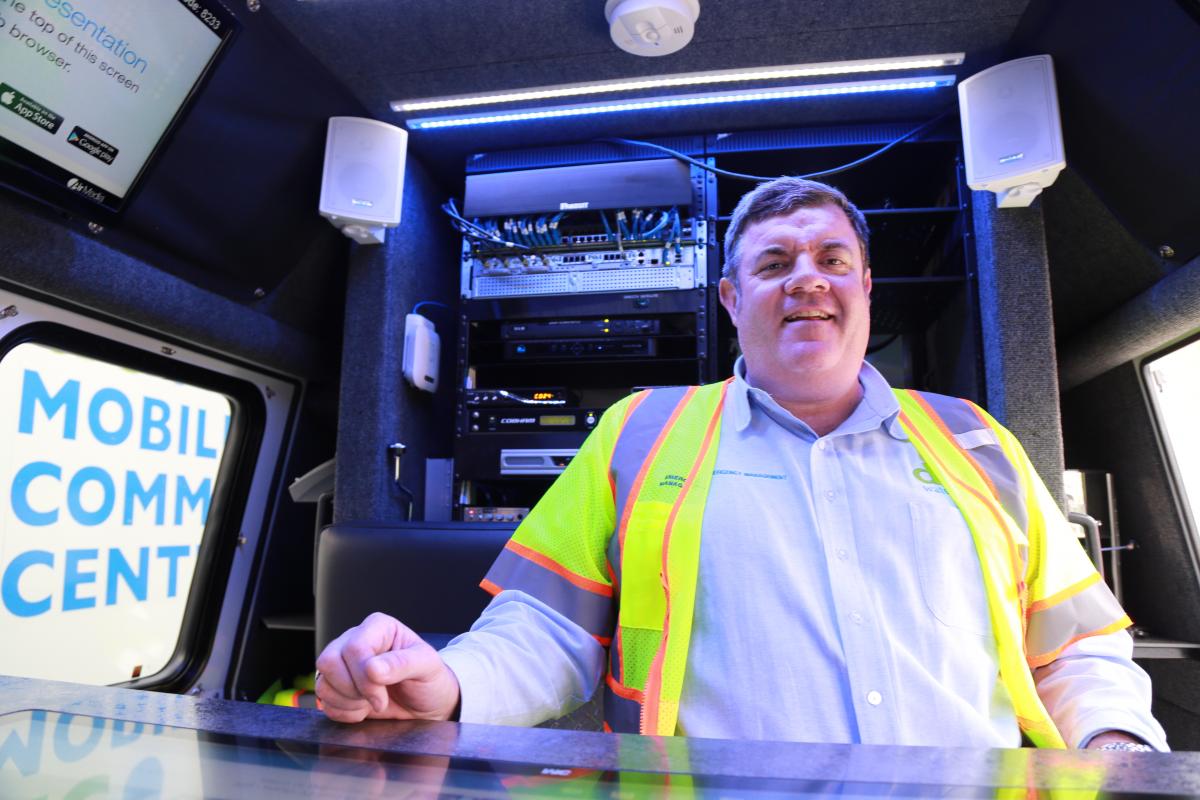 Emergency planning is hard to do for any 24/7 operating enterprise. While obviously important, it is not the urgent need on any given day. Plus, most of my folks rightly believe they are already good at emergency response. They have been responding to water main breaks and such for decades. Emergency response is part of DC Water’s DNA.

Which means that emergency planning is even more important. The reality that we are good at responding to the typical water main break must not mean that we do not thoroughly prepare for an emergency of much larger scale. What about a sinkhole swallowing much of one of the busiest intersections in Washington, DC? What about the potential of petroleum contamination in the drinking water of an elementary school and an entire neighborhood? What about 30 inches of snow in a town paralyzed by a dusting of it? What about drenching rains that submerge basements and float cars? What about power loss on the grid?

All these and more have happened during my tenure. Each required far more than the typical response.

Enter Jonathan. First, he is a person responsible for ensuring our various plans get done. He is one person, accountable, and the “go-to” person for anyone in the enterprise on emergency response. By shepherding the planning effort, he has made personal connections to key personnel in all our operating divisions, and among them as well. He also has reached out to the city and region around us and has developed relationships with the Department of Homeland Security (federal), Homeland Security and Emergency Management Agency (HSEMA – the District’s agency), and the enormous range of other partners from city agencies like the police and fire departments, to similar agencies in the counties and states that surround us.

Second, he is often on point when we are preparing for and responding to an emergency. He distributes information about potential threats – be they weather or otherwise. He organizes and convenes calls when we need to get together to orchestrate our response – at any time of day or night. He is a conduit to us for information from outside of DC Water, and in reverse, a conduit of information from us to them.

Third, Jonathan is managing an aggressive program to train personnel on emergency response. All executive team members have been to multiple training efforts on the Incident Command System – the accepted gold standard for managing an emergency event. By the way, we are very grateful for critical support we have received from the US Environmental Protection Agency to undertake this training.

Finally, Jonathan oversees our efforts in continuous improvement. He collects comments and feedback, hosts after-action meetings and reports, and is constantly tinkering with our emergency response system to make it better.

We have also moved Jonathan around and added resources to his program to improve our efforts. Previously, he had been in a general support services division – which was not wrong, just not optimal. Most of his interactions are with the operational employees working out in the system – so we moved him to report to Assistant General Manager Charles Kiely, who oversees the water distribution and sewer collections systems and all the associated infrastructure.  This is an important concept and relatively unusual I understand.  Our strong recommendation is to engage emergency planning directly with operations – to be part of how we do work, rather than an obligation being imposed from an “outside” office.

Plus we have been consistently upgrading our software and other support that can help – which now includes sophisticated security systems and software too. Here are the kinds of plans a water utility (and most other public agencies) ought to have in place, and some helpful ways to start working on them:

The overall lesson we have learned is that creating the plans creates the relationships, organizational muscle-memory and capability that enables DC Water to manage through the emergencies we have faced so far. Finding a key person who is visible and accountable is a fundamental first step. Doing the planning comes next, whether the plan is actually followed when the emergency hits. Then, creating ever more sophisticated plans, adding additional staff or other resources, can be founded on strong fundamentals.

I guess it leaves the GM with little to do in most emergencies, and I often get lonely just listening on the phone while others are busy.

That is an incredible victory. The GM should be quiet and lonely in the middle of the storm. Let’s let the experts who are trained and ready handle it!