For decades, DC Water has been a pacesetter in restoring the Potomac River and Chesapeake Bay by improving the performance and treatment capabilities of the Blue Plains Advanced Wastewater Treatment Plant. The facility has successfully achieved nitrogen removal since 1999, and has exceeded the Chesapeake Bay Agreement goal of removing 40 percent of the total nitrogen (TN) in the effluent from the plant.

As part of a continuing effort to improve water quality, DC Water is designing facilities to reduce nitrogen discharges even further – to the limit of conventional treatment technology. These facilities, known as the enhanced nitrogen removal facilities (ENRF), are being constructed as part of our $3.8-billion, ten-year Capital Improvement Program (CIP).

The Filtrate Treatment Facilities (FTF) are part of this effort. This novel anammox-based side stream treatment process, called DEMON®, will be the largest of its kind in the world when the facility is commissioned. The DEMON® process represents a major breakthrough in nitrogen removal because it does not require the addition of methanol, uses 60 percent less energy than mainstream treatment and has the lowest greenhouse gas emissions of all the processes considered for this project. It could save DC Water more than $8 million a year in methanol and energy costs.

The construction cost of this project is approximately $64 million.  Notice-to-Proceed was given to the contractor in March 2014, and the facility is expected to be online in 2017. 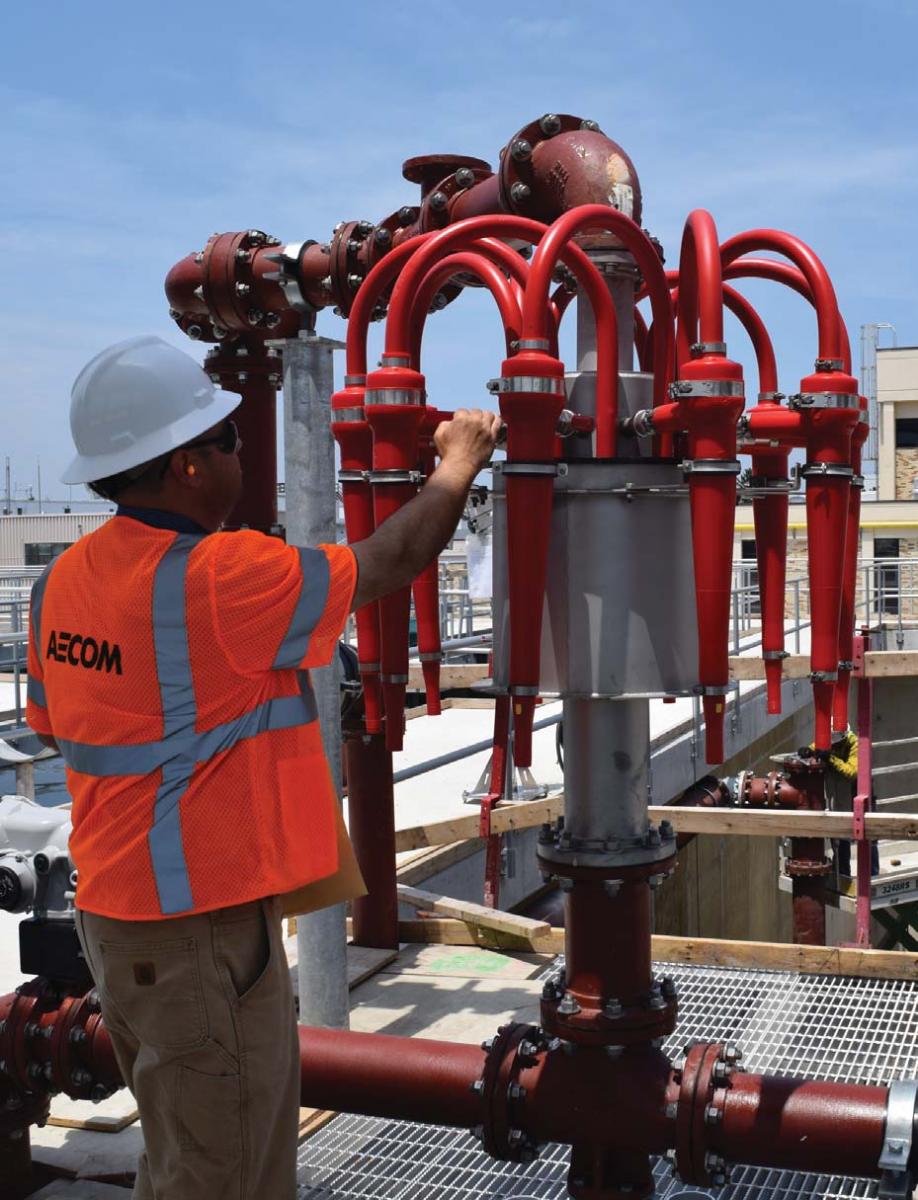