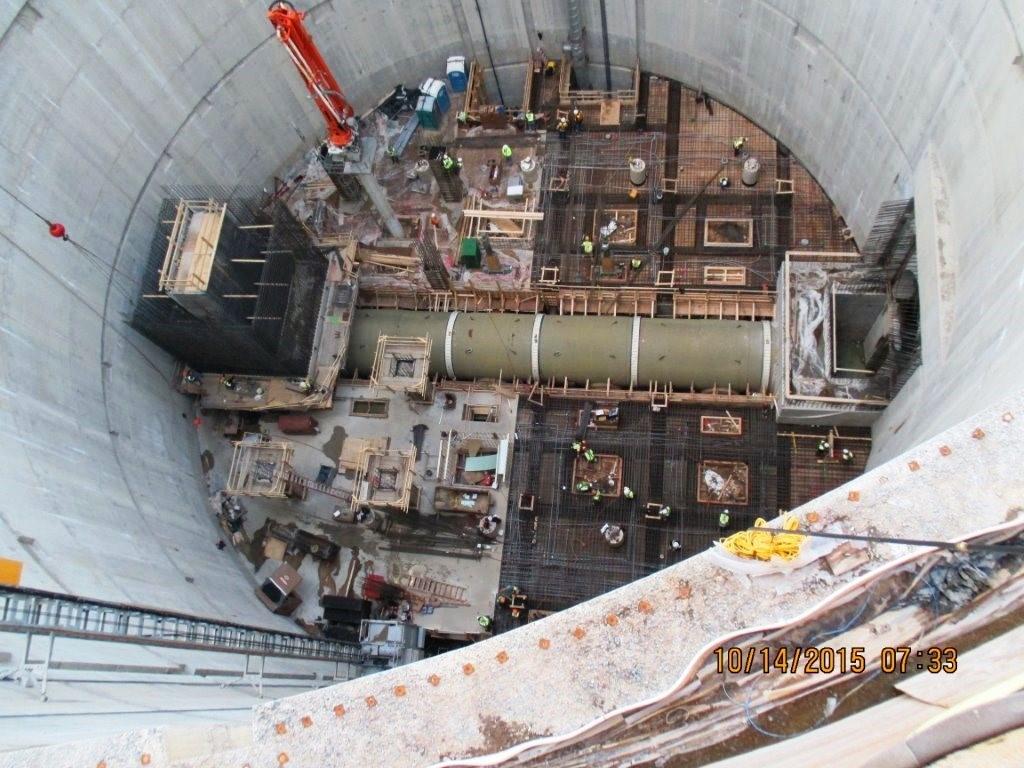 This project starts where the massive DC Clean Rivers Project tunnels end at Blue Plains. In 2018, when the Blue Plains Tunnel was brought online, the Tunnel Dewatering Pump Station (TDPS) and Enhanced Clarification Facility (ECF) began accepting the millions of gallons of combined sewage that previously flowed into the District's waterways during heavy rainstorms. That flow now receives treatment.

■    Complete treatment for a rate of up to 555 million gallons per day (mgd) for the first four hours during a wet weather event, and 511 mgd thereafter.
■    A 225 mgd ECF, constructed to treat captured wet-weather flows from the tunnel in addition to providing a higher level of treatment.
■    A new Tunnel Dewatering Pump Station equal to the capacity of the ECF with sufficient capacity to dewater the tunnel system.

The TDPS pumps the collected combined sewer overflows (CSOs) from the Blue Plains tunnel to the ECF for treatment. The ECF process consists of fine screening, grit removal, and a ballasted flocculation process, followed by disinfection and dechlorination prior to discharge to the Potomac River or to secondary treatment.

Notice to Proceed was issued in August 2014 and the project was completed in 2018.