Home About DC Water Who We Are History History - Blue Plains 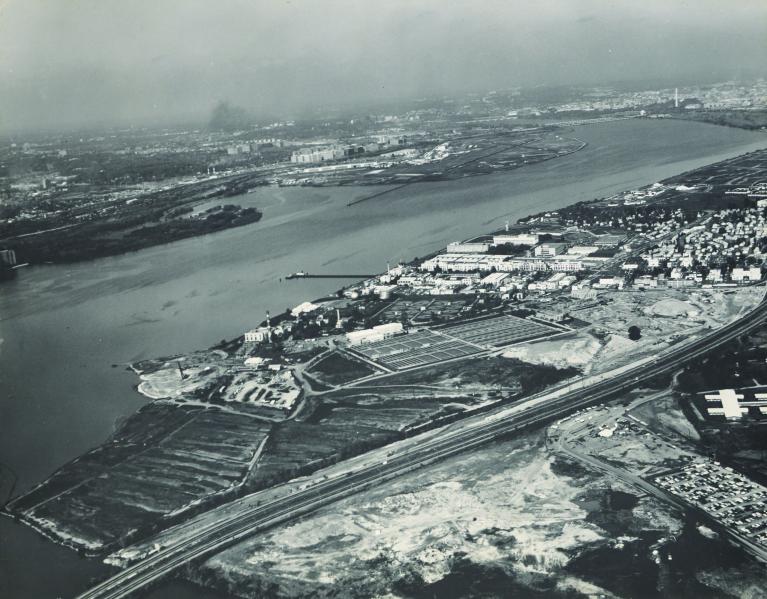 Wastewater treatment plants use such terms as "primary", "secondary", and "advanced", to indicate the level of treatment provided by each process. Primary treatment is the basic stage for removal of materials, which either float on top of the water or settle at the bottom of processing tanks and chambers to remove sedimentation. Secondary treatment is the process wherein bacteria absorb or feed on organic solids, which will not settle (suspended solids). Advanced treatment is any treatment process that improves the effluent quality of a secondary process. Advanced treatment processes remove phosphorous and nitrogen nutrients, which are adverse to river quality.

When the wastewater treatment plant at Blue Plains opened in 1938, it was a primary treatment facility only. It was designed to serve a population of 650,000 people through the year 1950. The operating cost was less than $175,000 per year. At that time, the relatively small discharge from Blue Plains to the Potomac River was less than 100 million gallons per day (MGD).

As population and industry increased sharply in the District and surrounding Maryland and Virginia counties in the 1950's, primary treatment proved to be inadequate. In 1959, the Blue Plains plant was expanded to accommodate secondary treatment with a capacity of 240 MGD.

Flows continued to increase and, by 1969, the influent flow had exceeded the design capacity of Blue Plains once again. The District Government, with authorities from Maryland and Virginia, called a regional conference during which they agreed to expand the facility to increase its ability to meet the Federal Clean Water Act, mandated at that time.

From 1970 through 1983, construction at Blue Plains expanded the secondary plant to an advanced wastewater treatment facility, processing more that 300 million gallons per day. Treatment levels were greatly improved in order to restore the Potomac River to recreational and commercial use.