Our Sewer System is Over 200 Years Old 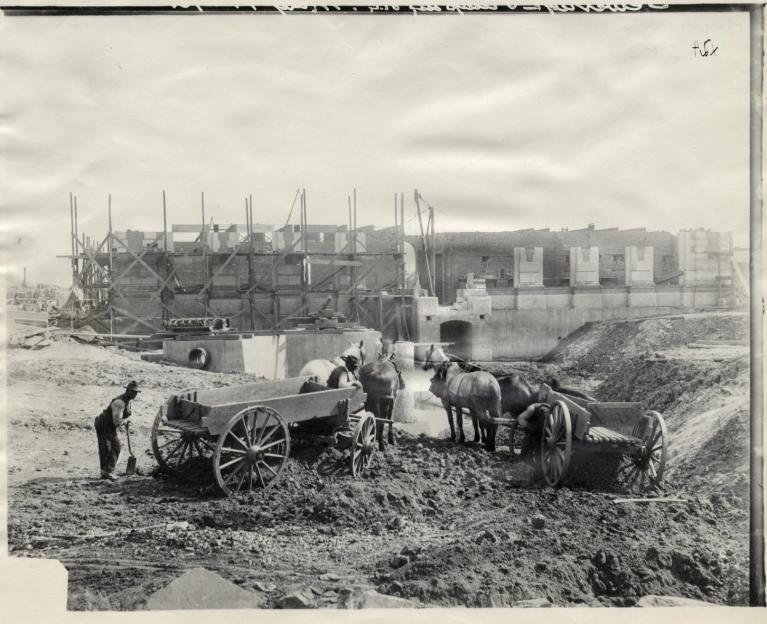 Around 1810, the first sewer structures in the District were constructed to drain stormwater and ground water from the streets. These drains were not all built at the same time, and were not linked together to form a system as we know it today. There were no wastewater treatment facilities, so sewage was discharged into the nearest body of water.

By 1859, the Washington Aqueduct was supplying river water citywide for drinking, creating the need for a sanitary sewer system. A surge in population during the civil war along with the lack of a working sewer system quickly created a marked increase in water pollution and disease in the nation's capital. Before the end of the war, there were epidemics of smallpox, typhoid and malaria which caused the deaths of thousands of people. These epidemics prompted the Federal Government to investigate the problem of sanitary sewage in the District.

From 1871 to 1874, the Board of Public Works built approximately 80 miles of sewers. Although the amount of construction was impressive, much of the work was poorly planned, structurally unsound and hydraulically inadequate. At that time, sewage flowed directly into the Washington Canal creating foul conditions in the canal and along B Street (now Constitution Avenue). The Board constructed the B Street and Tiber Creek Sewers which significantly improved the condition of the canal. However, the problem was transferred to the marshes along the Potomac and Anacostia Rivers.

Until this time, the sewage system that served the District of Columbia was a combined system that carried and discharged both sanitary sewage and stormwater into local waterways. In the 1890s, there was considerable difference of opinion among engineers about whether the District of Columbia should keep such a system. A Board of Engineers appointed by President Benjamin Harrison recommended that the combined system be retained, but that extensions be built to serve new areas using separate lines to carry stormwater and sanitary flows. The Board also recommended that all the sewage flows be discharged at a point far enough down the Potomac River to prevent their return to the city area. This discharge point is still located at Blue Plains, the southernmost tip of the District of Columbia. Upon further recommendation from the Board, construction of a system of large interceptor sewers was undertaken to collect and carry sanitary sewage and some stormwater to a pumping station on the bank of the Anacostia River and to the discharge point at Blue Plains. The implementation of those recommendations accounts for the major portion of today's current sewage system.